Hello! This programme ended in 2013, but we've kept the website online as an archive. It won't be updated with any new content. 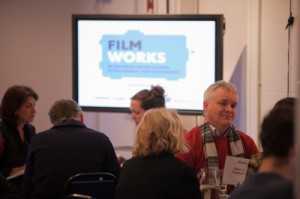 A large number of films made in the UK are set and produced in London, and as a result we tend to think of Britain’s film industry as operating primarily from the capital. However, both the internet and the digitisation of film have stimulated a cultural shift in the way film is being produced, funded, distributed, and exhibited. As a result, filmmakers are no longer beholden to the capital, and work can now be made and distributed from where they are based – wherever that may be. 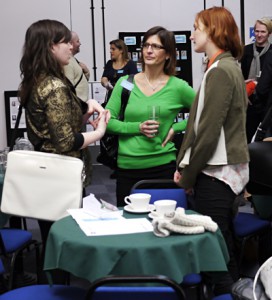 It was with this in mind, that Watershed and partners  ShowroomWorkstation in Sheffield and Broadway in Nottingham launched FilmWorks, a practice oriented professional development scheme for filmmakers to develop a network of regional film talent. The scheme offered a rare opportunity for emerging filmmaking talent from the English regions – both Producers and Directors – to expand their creative, and commercial potential through an intensive three month programme of masterclasses, workshops and mentoring.

“For me Filmworks, especially the meet up, was an intense experience, which was extremely enjoyable. The scheme has been fruitful for my production slate, along with my existing projects, I’m now attached to further two projects as producer, and I also have a new business partner.” Sophia Ramcharan, Nottingham 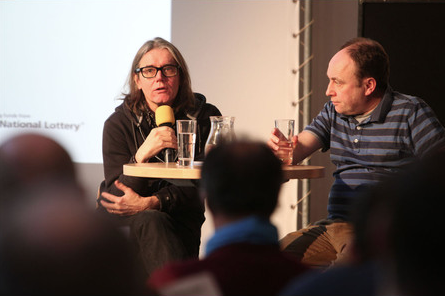 The programme culminated in FilmWorks To Where? a priceless opportunity to network with industry leaders including legendary producer Stephen Woolley (The Crying Game, Interview With The Vampire) and Chris Moll (Head of Talent – Creative England),  Angus Finney (London Production Film Market), Philippa Lowthorpe (Director/Producer/Writer), and Maggie Ellis (Film London Head of Production & Talent Development.) A really positive outcome of FilmWorks has been the sense of community across the three cities, something participants have said is likely to endure long after this final chapter.

“This time last year, one of my plans for 2012 was to start our fourth short film, and hooray, thanks in part to FilmWorks, pre-production is go go go. I’m pleased with the new festival strategy techniques I’ve picked up.” Anne Wilkins, Sheffield

Watch the short documentation piece (3mins) below for an insight into FilmWorks 2012 including some interviews with industry guests and some of the 48 programme participants. Download the full project report here.

– 48 beneficiaries (against a target of 45) chosen from 143 applications

– 84% of participants felt they had a stronger understanding of how to get their work presented at festivals, distributed and exhibited 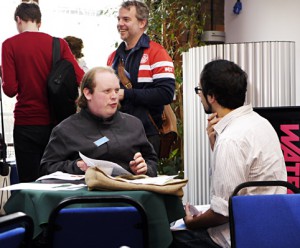 “In this age of digital technology networks can be truly global. FilmWorks has created a networked community across the three sites by using Skype to broadcast sessions, and the participants’ blogs have been a great way to produce, share, and peer review projects. These filmmakers are not merely Bristol-based, or Sheffield-based, or Nottingham-based, but instead are making links and collaboration across all three cities.”

The chance to meet other aspiring directors and producers who are in the same boat, in the same early stage in their careers (and often with the same problems!) has been particularly reassuring and helpful for the participants. 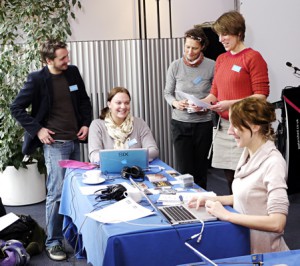 “It’s rare to be in a room with other people, sharing experiences and helping each other out. It’s a great collaborative experience and we have strong intentions to keep in touch,” said Joanna Beard, one of the Bristol producers. “I have made a few new partnerships and FilmWorks has really helped focus my long term goals – it is just a case of going for it now.”

This is echoed by Dec Gallacher, one of Sheffield’s directors: “FilmWorks is a way of pushing projects into reality. My own ideas have progressed during my time here due to the intensive scrutiny its been under by fellow participants and guests. We’ve all made strong relationships and have a lot of moral support!” 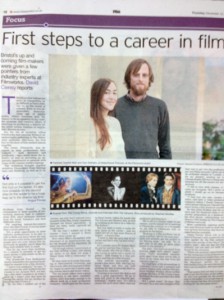 One of the highlights of the final event was a keynote speech and question and answer session with veteran film producer Stephen Woolley, who shared his experiences of producing, from his “incredible baptism of fire” working on Mona Lisa, to pitching and developing other projects, including the 1986 rock musical Absolute Beginners, and Stoned, his 2005 film about Brian Jones, one of the founding members of The Rolling Stones. “You’ve got to have two sides to your brain,” said Stephen. “On one side you’ve got to think creatively, but on the other hand you have to pay the rent and manage the staff. You are truly Dr Jekyll and Mr Hyde.”

It’s a balance all 48 of these aspiring filmmakers will have to successfully juggle, but one that has undoubtedly been made easier by the three months of intensive workshops, talks and events FilmWorks has provided. You can read all about the projects that have been developed on the course and beyond, and maybe one day, you’ll see it on the big screen.

Mark Cosgrove put it this way: 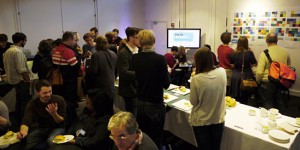 “As a result of FilmWorks we are beginning to see real projects evolve, so in a year or two who knows, maybe I’ll be showing one of these films at Watershed. I’m excited to see what’s next for all of the filmmakers included, and I’ll be keeping track of their progress online.”

Regional-based producers with world-class reputations shared their experience, knowledge and insights with participants at this early stage in their career. Bristol’s producer was Julie Lockhart, whose last feature was the Aardman Animations hit The Pirates! In An Adventure With Scientists, while Sheffield got some expert advice from Colin Pons (Hush, The Acid House, Fanny and Elvis) and Nottingham welcomed Alastair Clark (London to Brighton, Crying with Laughter, A Man’s Story). Their mix of skills brought together experience in independent low budget feature production, European co-production and international animation. 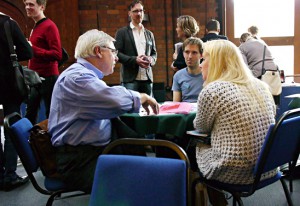 “one of the survivors”) to mentor the participants in Sheffield. Normally film projects in his experience are developed in a very ad hoc, underfunded way, but FilmWorks has been a chance to challenge that:

“It has been a marvellous opportunity for the participants to have this dedicated time over three months to work with each other and develop their projects deeper. Now, at the end, we are seeing some very well rounded projects – some of them are different from the beginning, some are largely the same – but they all have more assurance, more confidence, and they now have the right materials to take things forward.”

Julie Lockhart pictured below said: “I’ve enjoyed sharing my practice-based expertise in the animation industry to help what I hope might be the next generation of regional filmmakers to develop their projects, approaches and networks.”

Colin Pons, Independent Producer said: “FilmWorks is a concrete expression of confidence in the future of regional production in the UK. The unique collaborative approach between cinemas and producers could be a key driver in a re-balancing of the geography of production output and audience engagement for the British industry.” 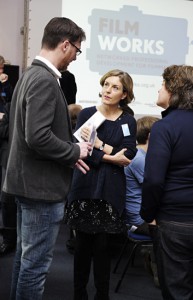 Al Clark agrees: “We are very excited about the standard of the participants and about how open and supportive they were of each other’s projects. It feels as if a new regional filmmaking community is emerging and one that is full of promise.”

In a piece about the final event by David Clensy – (The Bristol Post, Thu December 13, 2012) Angus Finney, whose role as the head of Europe’s only production finance market for the film industry makes him worthy of the title of “the money man” was optimistic about the opportunities out there for talent.

“There are certainly opportunities for the rising stars in the profession to make micro and low-budget films, and there are still lots of opportunities on the big-money movies. It’s the mid-market films, the ones that would have cost £2-3million, that have faded away.”

“That means that not only is it possible to get the first foot on the ladder, it’s also now possible for the second step on the ladder to be a huge leap up to the cinema big time. So everyone is looking for the emerging talent.”